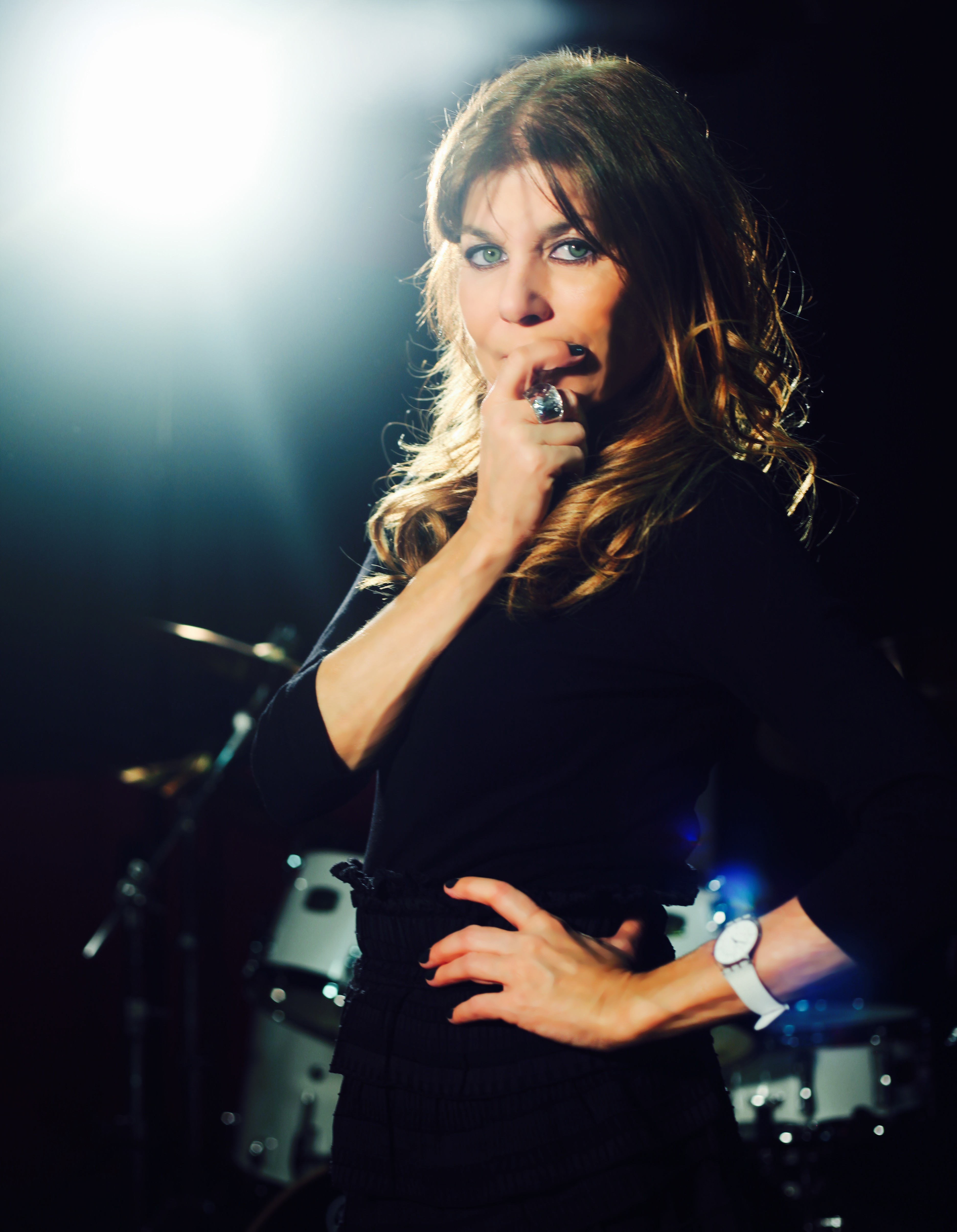 Listening to the sounds of Jeanette is like digging through stacks of records and finding pure gold. Her music can best be described as love-infused psychedelic pop and even watching performances of her in the ’70s will make you fall in love with even just her cooled demeanor as she eyes the camera. Her voice is smoother than a glass of horchata and it reaches past the language barrier allowing you to feel the love in her music without even knowing the lyrics. Go find out what I’m talking about by listening to tracks like Porque Te Vas, Oye Mama Oye Papa and Corazon de Poeta. While the world knows her as the pop singer from Spain, many don’t know she grew up right here in Orange County.

Janette Anne Dimech originally was born in London on October 10, 1951, then lived in Chicago until her parents bought a home on Sidon Ave. in La Habra when she was five. She doesn’t remember much of her time here after all these years but she maintains she loved the city and even to this day misses living here. She never wanted to leave but her parent’s divorced which forced her to move to Barcelona, Spain at age 12 with her mother. Even though she found herself in a new country, she still listened only to American music like The Lovin’ Spoonful, Bob Dylan, Rolling Stones, The Kinks and The Byrds. Inspired by the sounds of the 60s, she began writing Country Pop music with her guitar until at age 15 she showed her music to the band Brenner’s Folk. They drew an instant connection with her American sound and made her their lead singer.


The bands psychedelia influenced folk stood out in Spain, especially with Jeanette’s voice having a soft American-accented tone which she says was influenced by French female singers who sung in a softer style. By age 16, her group signed with the label Hispavox who had the band change their name to Pic-Nic. They recorded their first self-titled album and before Jeanette knew it, the hit she wrote Callate Nina brought them to number one on the charts in Spain. She says the success hit her all so fast and she was famous while still in high school. But this gold moment in her life wouldn’t last long due to her being forced to leave the band.

“It wasn’t because I left the group, it was because my mother.” Jeanette says, “she was like in a shock like ‘oh my god, my daughter is number one’ and of course I was traveling and singing all over Spain. My mother said ‘oh no, no way, you have to study, you have to go to school’ [so] she took me out of the group and she made me go to school…In the end, there was no support from my mother. Not at all, she did not want me to sing.”

She finished school and when she became of age, she moved to Vienna, Austria with her husband Laslo Kristof for two years until Hispavox contacted her in 1971 to make music again with the label. She moved back to Barcelona no longer the tom boy teenager in Pic-Nic and now a 21-year-old beauty. They had a new direction planned for her sound when they brought the Manuel Alejandro written single Soy Rebelde for her to sing. The love ballad was a giant leap from the country pop style Jeanette identified with even though the song still held an influence of psychedelia. She begged the label to not make her sing the song but they wouldn’t budge.

“We did this for about three weeks.” Jeanette says, “Finally I was like ‘Oh come on, I’ll record it’ just to end the up and down discussions. I recorded Soy Rebelde and afterword’s I have to admit, I did like the song but I never thought it was going to be a number one. All of a sudden it was a number one and I thought ‘oh my goodness, I was the one that was wrong and they were the ones that were right’.”


The single was a rebirth for the singer, showing she could shine as a solo artist and following it up with hits like Estoy Triste (1972) and her first album Palabras, Promesas (1973). But the song which brought her international success was the Jose Luis Perales written track Porque Te Vas (1974) which was used in the soundtrack for the 1976 Carlos Saura film Cria Cuervos. When the film began winning awards, her song became a hit all across Europe climbing the charts in almost every country and putting her in the height of her career at which point she released her album Todo Es Nuevo (1977). She then reached her peak of success with her most revered work Corazon De Poeta (1981).

Her last few albums didn’t have the same success as her earlier work and she stopped releasing albums after 1988. The truth is though she really didn’t have to keep recording, the amount of hits she had earned her fans worldwide and are constantly re-released on compilations by her label earning new fans to this day. Still, she is known to collaborate with artists like her recent song with Juan Bau which shows even after all these years she still has the same voice people fell in love with 40 years ago. She’d like to record a new album but the music industry isn’t what it used to be.

“I don’t like the way they’re recording today because it’s all cheap.” Jeanette says, “We used to make these really big productions, it was something huge and they really put money into making a record. Nowadays it’s so hard to sell records that the record companies they don’t want to invest in music…if you’re not one of these big artists, no one’s going to spend a lot of money on your recordings.”


While many of her contemporaries have put away the microphone to pursue other passions, Jeanette says she has no plans of retiring and will continue to tour the world to sing the hits we all love. She invites all of her fans to come see her at Noche De Recuerdos August 26, at the Microsoft Theatre in Los Angeles and ended her interview with the Weekly by offering her advice to all the girls out there who want to be a successful singer.