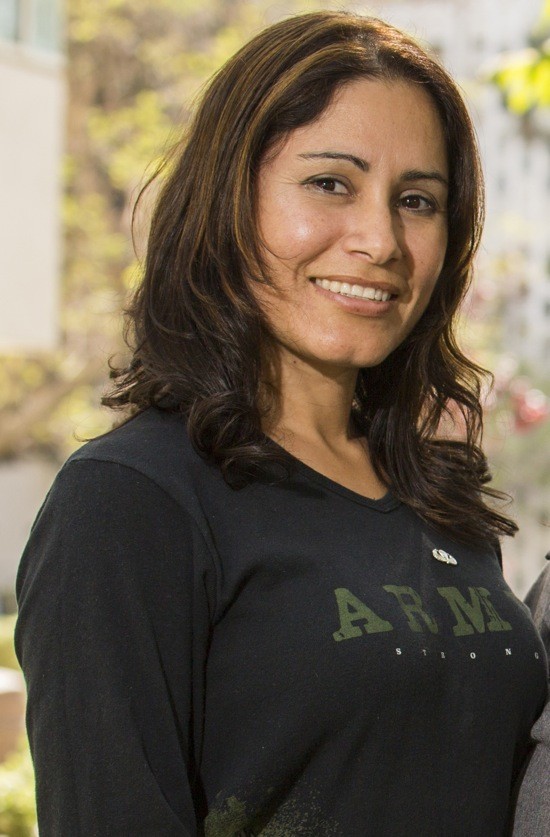 For Senior Deputy District Attorney Scott Simmons, what happened before that was a murder that was exposed by Joy's own computer use at a time he was telling the media and investigators he did not know where Ramos was or what happened to her.

Joy's attorney Adam Vining of the Orange County Public Defender's Office countered with theories ranging from she died accidentally while fighting with his client to she committed suicide or accidentally drowned to she was murdered by someone other than Joy.

Vining does agree with Simmons that Joy hid the body of 36-year-old Ramos in Modjeska Canyon, not too far from where she was originally reported missing. “The crime that will be proven here is improper disposal of a body,” Vining told jurors, implicating his own client in the far-less serious offense. The most serious charge his client should perhaps face, should evidence show it, is manslaughter, Vining also told the jury.

A U.S. Army sergeant who did two tours of duty in Iraq, Ramos was just days away from graduating from Cal State Fullerton when she vanished in mid-May 2013. She was also in the process of tossing Joy out of her Orange apartment because he was not making his rent.

As related by City News Service courtroom reporter Paul Anderson, jurors Monday heard a 9-1-1 call from April 21, 2013, when a distraught Ramos told a dispatcher how a recent conversation with Joy had frightened her so much that she slept with a machete at arm's length. Simmons also detailed a call Ramos made the following May 2 to her boyfriend, who was told of an “intense argument” she had with Joy and how “freaked out” she was when he started “cussing” at her. The boyfriend, Paul Lopez, called Joy and informed that if he failed to move out by the next day, Lopez would “help” him remove his belongings from the apartment, Simmons added.

The evening of May 2 is the last time anyone saw Ramos alive, as surveillance video from the apartment complex showed her paying her rent. She did not respond to her boyfriend's texts and calls after that. It's obvious Joy, who police questioned about 10 times, was a person of interest. He had cuts and scratches on his arms, legs and face, but he only explained away those to his appendages, blaming the uncoiling of fishing line.

Joy did not have Internet access at home, but he did use the computer at a library, which investigators monitored. He is accused of doing a search for how long it takes for a body to decompose. On May 16, 2013, he read an article online about a planned
search for Ramos and looked at a satellite image of the site where, within 45 minutes, police found the body of Ramos.

Barbed wire was found around the grave site, and the body was so badly decomposed and ravaged by wild animals that investigators needed dental records to confirm the identity. The body's condition also made it impossible to determine the cause of death, a missing fact that the defense is obviously using to its advantage. Vining's theories:

* Based on “discoloration” of Ramos' teeth, it's possible she drowned in her bath tub and Joy got rid of the body because police knew the pair had argued over the rent money.

* Ramos died “accidentally” during a fight with his client.

* A stranger killed Ramos, who dated men she met online.

Vining took to shaming to support these defense theories, calling Ramos “a strong woman, a capable woman,” who “also had (post-traumatic stress disorder),” “suffered from paranoia” and “had difficulty controlling her emotions.”