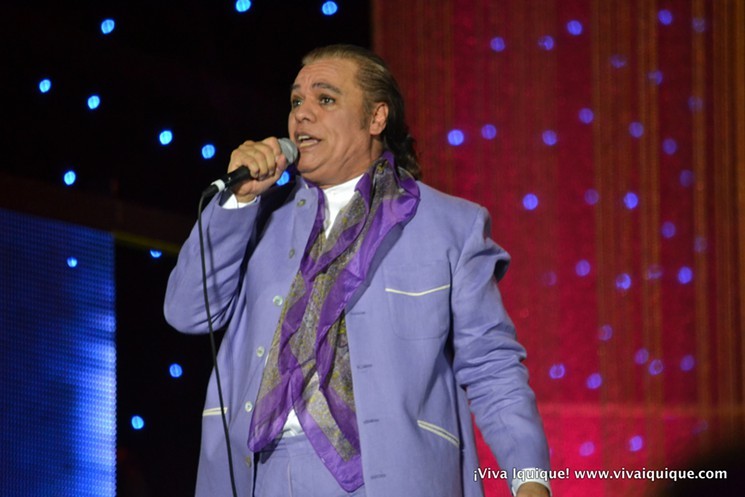 Memorial services for Mexican singing icon Juan Gabriel are expected to take place this weekend in Juarez, Mexico. Latin America has been in mourning since “JuanGa” died from a heart attack in Santa Monica on Sunday following what turned out to be his final concert at the Forum two nights before. The family released a statement noting that work continues for a “public celebration of our father’s life and his musical career as 'Juan Gabriel' in the coming weeks,” but without word if he had been cremated, much less in Anaheim of all places.

Known as “El Divo de Juarez,” JuanGa's funeral taking place in the border city across from El Paso, Texas makes perfect sense. He grew there where his signing career began at the famous Noa Noa nightclub, immortalized in his immense catalog. How JuanGa returns home may have had an unlikely and stealthy stop in Anaheim (thanks to media watching every step since his death) where he was reportedly cremated.

Word surfaced by way of Televisa reporter Mara Patricia Castaneda's Tuesday morning tweet. She stated that the singer had been cremated in Anaheim on Monday night at 8:45 p.m. Who provided the services remains an unanswered question. News of the cremation made the rounds of People en Espanol and other Spanish-language media outlets after JuanGa's family reportedly confirmed it with the director of the Instituto Nacional de Bellas Artes in Mexico City, where they've offered to host a memorial. But in Anaheim? While JuanGa's loyal fans expressed dismay with reports saying he had been cremated, the Weekly tried to find out where exactly it may have happened. In that task, the most obvious starting place is at Hilgenfeld Mortuary in downtown Anaheim, the oldest funeral home in the city. Hilgenfeld noted getting a lot of media calls about the singer but a worker could only express a wish to have had the privilege.

The next stop came at Melrose Abbey Memorial Park. The mortuary manager told us that Juan Gabriel (or better yet, Alberto Aguilera Valadez, his birth name) had not been in their care. Scratch them off the list. Maybe JuanGa's remains turned to ashes at The Gardens Crematory? Any such information is considered confidential there. Hmm. With little luck, the only place left in Anaheim to ask was Funeraria del Angel, a quiet spot tucked on the unassuming west side of the city, but their corporate offices never returned our call.

While fans mourn at the Santa Monica home where JuanGa was found dead, OC may never know where its own piece of history of what came after resides—if anywhere! When in doubt, there's always his concerts to remember. As the fates have it, JuanGa's MeXXIco es Todo tour stop on December 3 at the Honda Center in Anaheim won't happen. But the last time OC audiences had the opportunity to hear the legend took place nearly a year ago at the OC Fairgrounds when JuanGa performed on October  25, 2015 as part of the L Festival.

Here's to the OC memories!