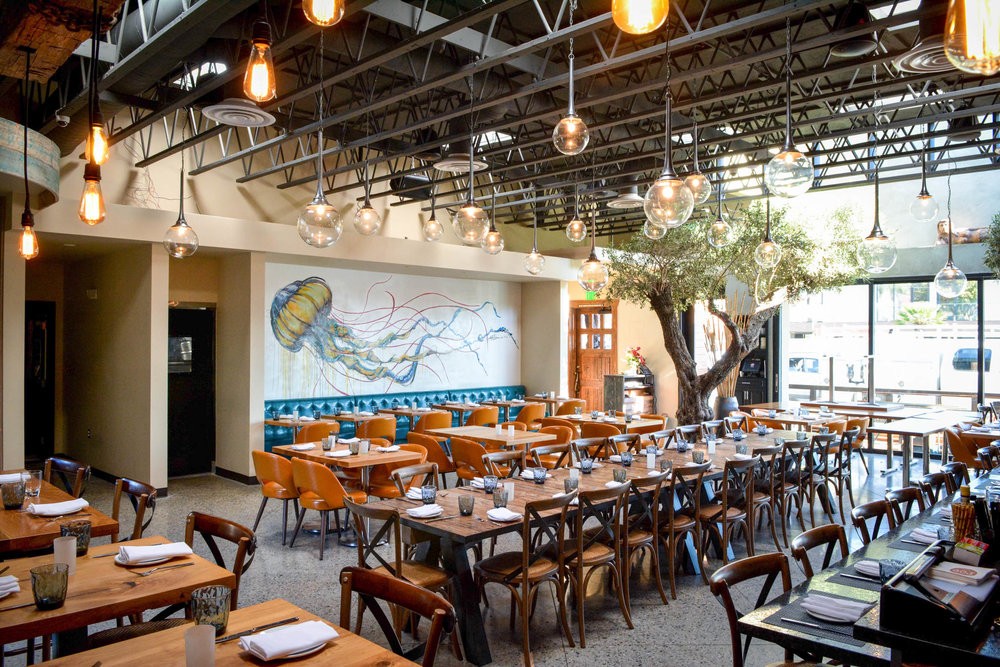 Welcome to our annual Top 5 countdown, in which our SAFII writers tell you what impressed them over the past year! Here, Sarah Bennett shares her picks – eat up!

By most accounts, 2017 was a shitty year, one that brought an unending stream of oppressive policy changes from the rotting pumpkin-spice-latte-in-chief and (#metoo aside) seemed to drive our already divided country even farther away from points of mutual understanding.

But for stress eaters like myself, it was like stumbling across a college freshman’s secret snack hoard. After five years of eating and writing about food in Long Beach, the city once snubbed by L.A. critics as being all holes-in-the-wall and mom-and-pop joints is finally getting more of the progressive restaurants (from hometown chefs!) it deserves.

This year alone saw the opening of a dozen new spots worth the drive from OC, concepts like farm-to-table kitchens, vegan-raw paradises and all-halal taco trucks. And while it was hard to narrow down all the significant culinary entries this year into a single, small list, it had to be done. These are (in no particular order) the 5 best Long Beach restaurants of 2017, the ones that offer underrepresented cuisines and the ones that will have you thinking differently about food in this city for the first time in a long time.

Roe Restaurant
Arthur Gonzalez’s vision for a chef-driven seasonal seafood restaurant transpired more than six years ago, while he was still head chef at McKenna’s on the Bay. And after fits and starts — including the opening, closing and reopening of the casual corner fish market on the eastern end of Belmont Shore, plus the launch of Gonzalez’s Southwestern sit-down, Panxa — he finally started serving dishes like swordfish al pastor and 7-spice fish collars late last year. Roe Restaurant is now the city’s contribution to California’s modern seafood obsession, a Long Beach answer to L.A.’s Connie and Ted’s or Orange County’s short-lived Anchor Hitch. Sourcing is key to his creativity; Gonzalez is among an elite group of chefs (and the only one in Long Beach) that uses Dock to Dish, a program launched by Michelin-starred Providence chef Michael Cimarusti that connects local fishermen to restaurants. Roe also has a complementing cocktail program of heavy-handed Tiki drinks and Alex Ruperto of Sakura Chocolates as its pastry chef. 5374 E 2nd St, Long Beach; (562) 434-2763; roeseafood.com/restaurant 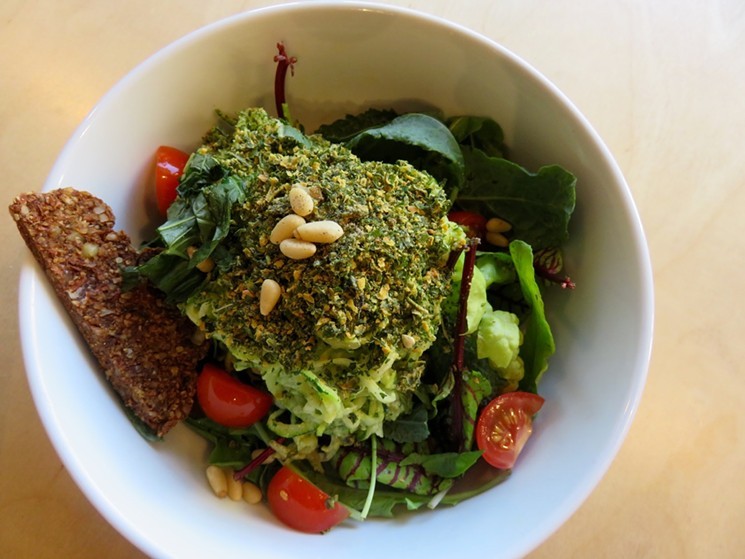 Under the Sun
Long Beach became a serious vegan dining destination in the last 12 months, with no less than ten kitchens now dedicated to serving food free of all animal products. Of all the new entries into the vegan category this year, though, Under the Sun is the only one focused on living foods, meaning nothing is heated above 118 degrees in order to maintain key nutrients, enzymes and vitamins. Owners Chrissy Cox and Dawna Bass are trusted names in the local health and wellness community; the power couple started Rainbow Juices together in 2011, growing it by selling bottles of cold-pressed juice to friends, yoga studios and local coffee shops. Rainbow opened a storefront in downtown in 2015 and expanded with Under the Sun next door earlier this year serving tonics, elixirs and a dizzying array of raw, vegan cheesecakes and truffles directly from a walk-up counter. Stay for a meal — the dining room is all high ceilings and succulents — and you can choose from living foods even carnivores will enjoy, like activated-almond and veggie toasts, spiral-squash pastas and fish-free sushi rolls that are filled with fermented cauliflower rice and cultured-cashew cream cheese instead. 244 E. Third St., Long Beach; (562) 912-7500; underthesunlb.com. Ellie’s
It was apparently a hard truth for some residents to swallow that Long Beach hasn’t been primed enough to appreciate (and in many cases can’t afford) cheffy, L.A.-ready, farm-to-table bistros quite yet. But that doesn’t mean it won’t ever be. In the few short months since Whittier native Jason Witzl opened Ellie’s in the cozy-corner former home of At Last Cafe, he’s been a patient presence in the neighborhood, telling us with roasted Long Beach-grown vegetables and $25 nightly multi-course menu that we deserve better, that we don’t have to do a date night at Michael’s on Naples for handmade pasta or wait for a table at Restauration for a chance to eat the culinary art of a highly skilled chef. Witzl has by far the most impressive résumé of any chef in Long Beach right now (Campanile, Water Grill, Manhattan Beach Post, Martin Berasategui, Herringbone) and the fact he chose to take a chance on opening his first restaurant here means his playful Cal-Italian plates will not only change the way Long Beach eats, but the way the rest of the region looks at Long Beach’s culinary scene. Ellie’s, 204 Orange Ave., Long Beach, (562) 437-4837; ellieslbc.com. 4th & Olive
When it opened in late 2016 serving only food from the obscure Alsace region of eastern France, 4th & Olive appeared to be a lost pretentious L.A. concept plopped onto an unlikely corner in Long Beach, a city that’s never been known for its fine dining scene and is only now getting used to supporting chefs who support our growing number of urban farms. Yet after experiencing the spacious restaurant in various forms — affordable happy hour, breezy brunch, white tablecloth dinner — and finding quiet joy in the subtle grace of Franco-German fare, 4th & Olive grew on me. It helps that owner Daniel Tapia will inevitably come talk to you during your visit, explaining (literally) how the sausage is made and enlightening you with his heartwarming vision for a place that provides employment for disabled veterans like himself. Chef Alex McGroarty, an alum of West Hollywood meat heaven Salt’s Cure, developed the menu and runs the kitchen. Looking forward to more of his simple, seasonal Alsatian food in 2018. 743 E. 4th St Long Beach; 562.269.0731; 4thandolive.com SoCal Caribbean
In addition to vegan food, 2017 marked the rise of the food truck in Long Beach, a year when it wasn’t weird to see freshly wrapped loncheras trolling in parking lots, posted in front of liquor stores or parked after hours at llanterias. In late 2016, the SoCal Caribbean halal truck became one of only a few mobile eateries brave enough to make Long Beach its primary home when it started spending weekdays at the gas station across from the VA Hospital. It’s also the only food truck in existence run by a Guyanese Navy veteran and his Indonesian brother-in-law, both of whom were raised Muslim and eat halal. Since its early days on the Eastside, the SoCal Caribbean Halal Truck has continued to move around the city, settling into a semi-permanent spot on Pine and 3rd, where the owners bring Trinidadian-tinged lamb, chicken and beef curries (no turmeric, more cumin and adobo), Jamaican jerk chicken, channa tacos and more to the downtown day crowd and drunk scene. (714) 884-9566; socalcaribbeanfoodtruck.com